TRUTH: One review(Fisk, W.J. et al. 2013) concluded from an examination of 16 more recent intervention studies that filtration of air in the breathing zone of sleeping allergic or asthmatic persons may be more consistently effective in improving health than use of room or whole-house filtration systems. If the emitted particles bypass the filter and are transmitted directly to the breathing zone of a susceptible person, even perfect single-pass efficiency is irrelevant.

Moreover, in a large survey involving subjects of 150 residences (Özkaynak et al., 1996), the average concentration of particles smaller than 10μm (PM10) measured in the breathing zone was about 50% higher than predicted based on the indoor and out-door measurements. It is hypothesized that a “personal cloud” of particles occurs around people because their activities generate particles (e.g., cooking) or resuspend particles (e.g., walking).

Normal rooms are too big for the devices on the market to handle. Even the EPA states: "However for typical rooms larger than 200 square feet (bathroom size), most portable air cleaners on the market do not have enough CADR values to remove large particles effectively." Yet some companies claim their portable devices cleanse the air up to 1500 square feet! But even a large unit with a noisy, high-powered fan would fall far short of meaningful effectiveness.

Eight sleeping hours of breathing clean air is a realistic goal but will require a device to be as close to us as possible if it is to remove the harmful particles we breathe. 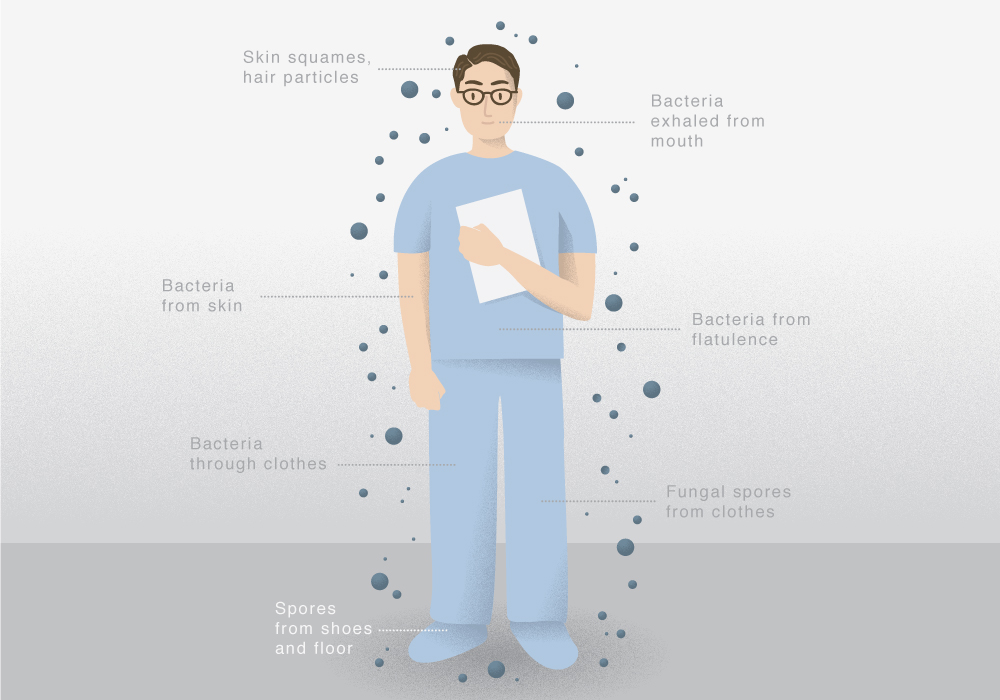 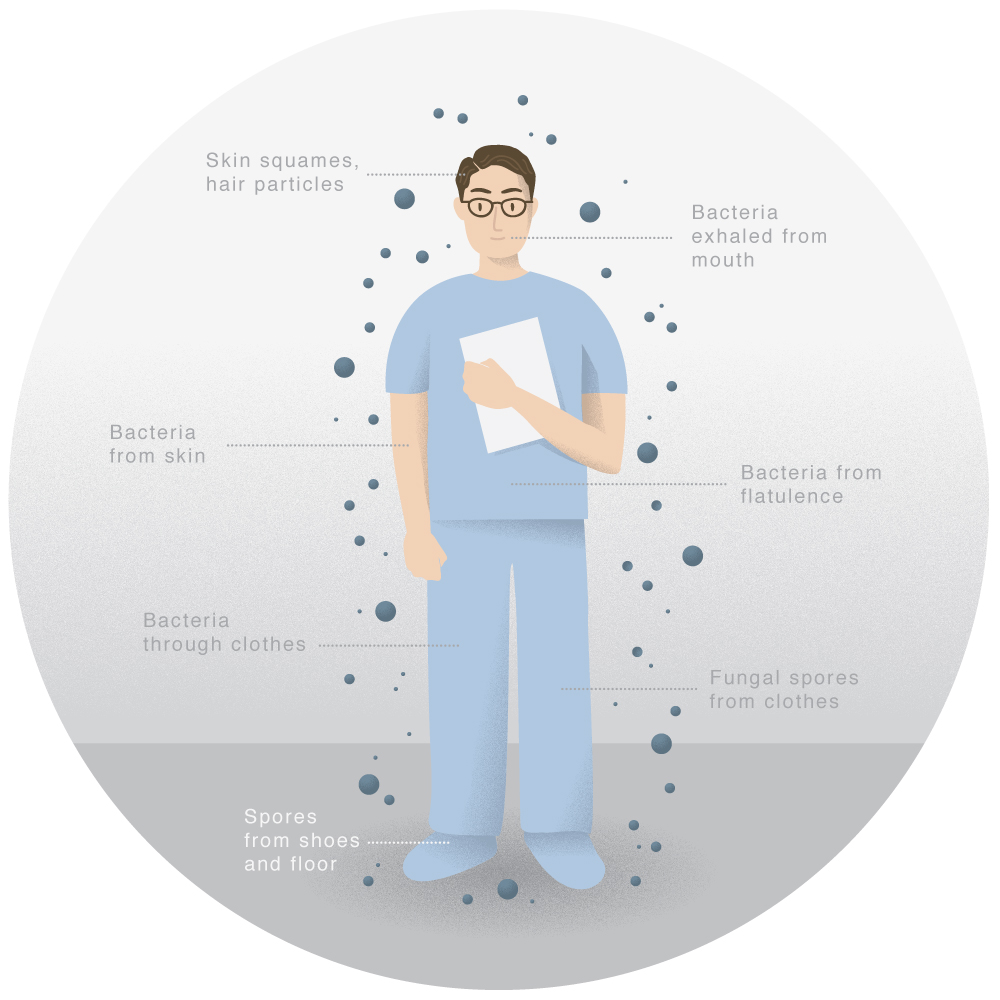