TRUTH: Noise is a problem with air purifiers containing a fan. Air purifiers without a fan are typically much less effective than units with a fan because for any air purifier to be effective it has to move air.

Most air purifiers have three or four fan speed settings. There’s typically a large jump in terms of noise emission when you switch a purifier to high fan speed. But 99 percent of the time you’ll run your machine on low-to-medium settings due to its annoying noise. You must note that the published CADR ratings are tested at highest fan speed setting in a lab. It means that running on low or medium settings will supply much less clean air than the published CADR.

The dB(A) scale is logarithmic. That is, it goes up in powers of ten, rather than in single units. Thus an air purifier marked as 60dB(A) is actually ten times noisier than one marked as 50dB(A). 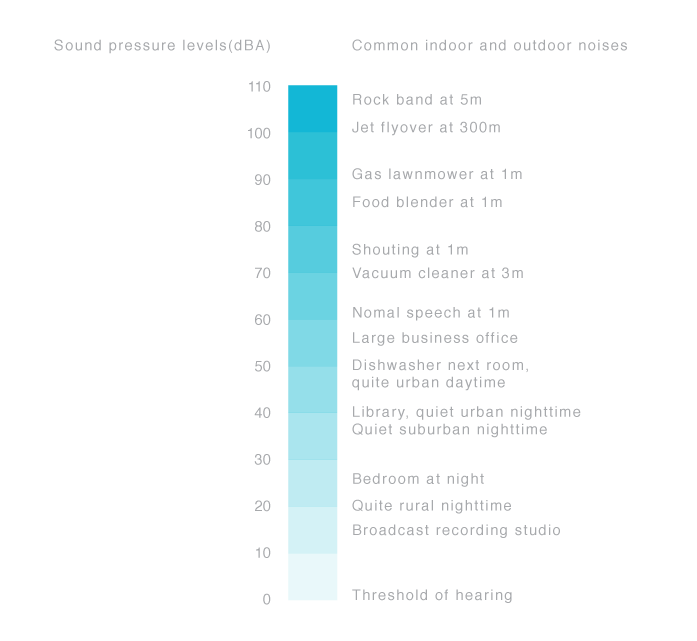