TRUTH: The main components of most air purifiers are a filtering method, like HEPA, and a blower fan. The fan moves air into the device. The higher the fan speed, the more air is moved in. The fan moves air by two principles: Newton’s 2nd law of thermodynamics, which dictates that air in a high pressure zone moves toward a lower pressure zone, and Bernoulli's Principle demonstrating that a low pressure is created by moving air at a high velocity. The higher fan speed creates the lower pressure, and then the air in relatively higher pressure moves toward the fan.

We are apt to think that air movement is coinciding with particle movement since particles are mostly light and invisible. However, a fan moving air is no guarantee that particles (particularly heavier ones like allergens) are moving unless it reaches sufficient velocity greater than their gravitational settling forces and inertia to carry them.

Current products on the market focus on moving air by controlling the speed of the fan, under the presumption that high speeds will extend a suction effect all the way to the far reaches of a room. J.M. Dalla Valle proved that the airflow velocity of an intake vent to capture particles diminishes rapidly to less than 10 percent where the diameter of the arc equals the diameter of the vent itself.  Since most portable air cleaner intake vents are less than one foot in diameter, this means that air beyond this "capture zone" is not moving fast enough to carry particles toward the filter.

Ultimately, this means that harmful particles in a few inches away from the intake are not moving toward the air purifier, thus meaningful particle removal is not occurring. 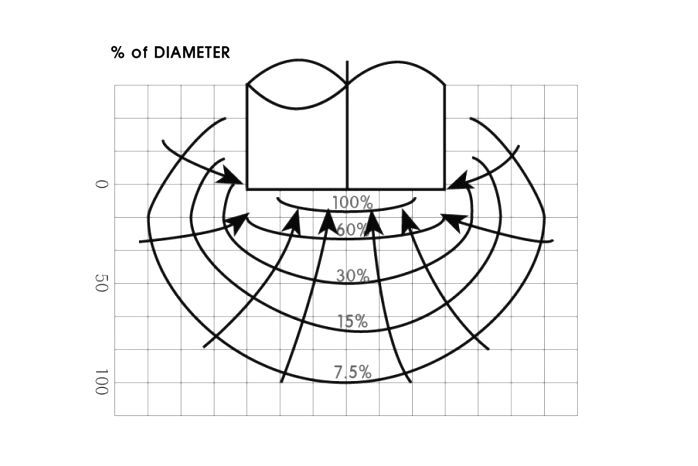 As a rough rule of thumb, the velocity at a distance equivalent to
the diameter of the intake opening will be around 10% of that at the intake face.